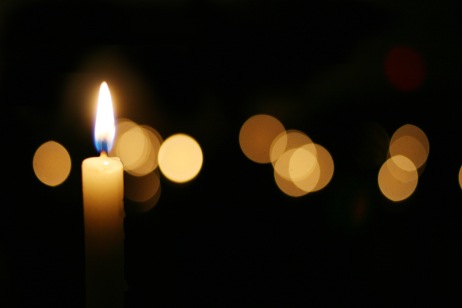 What does good news look like when there’s so much fake news around? What about the links between our own news, fake news and good news?This was my sermon for our Christmas Night Communion service exploring those themes.

Every year Collins dictionary chooses a word of the year. This year, the Collins’ Word of the Year was ‘fake news’. Fake news. Apparently its usage this year increased by 365%. Fake news, which they define as “false, often sensational, information disseminated under the guise of news reporting”. But, it’s also often used by people to dismiss the truth when it’s inconvenient or unhelpful, or goes against what you want to believe. It’s fake news. I don’t have to do anything about it.

That seems to be one of the excuses politicians in particular seemed to have used this year. “Fake news” they cry at any news that’s a problem for them. Fake news! News that they need to explain away somehow.

I’m sure that it was one that King Herod would have used if he’d thought about it, when he got to hear about the news of that first Christmas. Not of course through the shepherds, who were far too working class for him to bother with, but through the wise men. And Stella will be helping us to think more about them at our 10:45 service on 7th January.

And fake news was a cry that the prophet Isaiah heard as well. Not quite in those words, but that’s what some of his hearers basically said. They didn’t want what he was saying to be true, so they claimed it wasn’t. Fake news! This isn’t going to happen, because it means that we’ve got things wrong. Fake news, because otherwise we have to admit that we’ve been walking in darkness. Fake news, because it means that we’ve got to rely on what God is doing, rather than on what we want to do.

Today, journalists are very worried about the cry of fake news. Some, because they’re doing it. Others, because they think that they’re in danger of getting tarred with the same brush. And so they’ve been doing some work on what will help people trust them more. And one key finding is that generally people will trust news organisations more if they admit when they’ve got things wrong, and correct their mistakes.

And that’s true of us as well. Which is why we start our services with an opportunity to do just that. To recognise we’ve messed up, and to hear God’s forgiveness and promise of help.

But this is also a time of year when we hear news from friends and family. We might catch up with people we don’t see often at other times. We might get a Christmas letter or email or Facebook post from friends. We might do the same ourselves. And let’s be honest, in those conversations and letters, there’s often a positive spin put on events. The best bits of the year are selected and possibly given a bit of a polish. It’s your news, it’s not really fake news, but you’re wanting to give the good news version of events.

And the reason that we’re here tonight is because of another piece of good news. A piece of unexpected, but long awaited good news. The good news that Isaiah had been talking about 700 years earlier. Good news that doesn’t need a bit of polish, and if it had, wouldn’t look the way we’ve got it, with the wrong people hearing it first, with the rough edges still on, with people’s flaws a bit too visible.

News that was so amazing that the shepherds couldn’t help sharing it. People on the edge of society, people looked down on by most people. Not the sort of profession that you’d want your child to go into. But they were chosen by God out of everyone to be the first people to see the good news of Jesus, and to tell other people the good news of Jesus. So, if you think that you’re not very important, that you’re nobody special, well, you’re in very good company.

Of course, it’s easy to dismiss that as fake news, as we look around all the problems still in the world. But the promise of God is that his love, through Jesus, is with us no matter how dark things get. The promise of God is that he will keep on loving us and forgiving us, if we ask, no matter how bleak things feel. The good news of Jesus is that his everlasting kingdom is open to all of us.

You might want to find out more about that. You might have questions about whether that is good news or fake news or something else. Well, if you do, you’re very welcome to come along to our Questions and Cobs morning on Saturday 13th January. There’s more information about it on the sheet that you were given.

Isaiah went on to say:

And the news for us is that we’re invited to be a part of that. In our Christmas celebrations and in our day-to-day lives. God invites us on the adventure of bringing good news in our actions and in our words. And the good news is that he will be with us as we do. Let’s pray: