Blackwell are publishing a really helpful series of Biblical commentaries with a twist; they show how people have interpreted the books as a whole and individual passages and verses throughout the ages. Hopefully this is one way of at least lessening C S Lewis’ caustic comment in The Screwtape Letters (number 27): “To regard the ancient writer as a possible source of knowledge – to anticipate that what he said could possibly modify your thoughts or your behaviour – this would be rejected as unutterably simple-minded.” 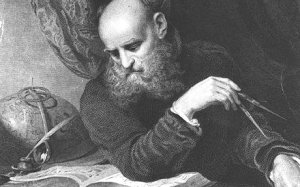 Christianson (2007) has written the volume on Ecclesiastes through the centuries and his selection of comments on Ecclesiastes 3:11 show how this verse became a key text in the legitimation of Renaissance study of the natural world. Unsurprisingly, given the ambiguity of the verse (as discussed in my previous post), there were also counter-interpretations that used the text to deny the legitimacy of such study!

Luther stated that knowledge of nature was not condemned in Ecclesiastes, while “For the benefit of these arts are many and great, as is plain to see every day. In addition, there is not only utility, but also great pleasure in investigating the nature of things” (quoted in Christianson 2007:42).

Galileo used the verse to argue that it gave freedom to continue the search for new discoveries, as not everything had been disclosed (Christianson 2007:176).

Ruskin also spoke of the importance for him of this verse:
“The woods, which I had only looked on as wilderness, fulfilled, I then saw, in their beauty the same laws which guided the clouds, divided the light, and balanced the wave. ‘He hath made everything beautiful in His time’, became for me thenceforward the interpretation of the bond between the human mind and all visible things” (quoted in Christianson 2007:177f).

I don’t think Ruskin goes far enough, really; I think that this is part of the bond between the human mind and the Creator of “all things, visible and invisible”. And that’s one of the things I think is important about modern science: “Thinking God’s thoughts after him” as Newton put it.